ACKS on Roll20 VTT with Macros

Maybe you came here knowing what this is about. But in case you didn't:

Roll20 is a Virtual Tabletop. While it is not perfect, and in fact is fairly imperfect in a lot of ways, it is the best way for me personally, to run and play games on a regular basis. It is free, however subscribing gives certain perks that really make it a better platform over all. I'm not trying to sway you into using Roll20 or subscribing. All levels of subscribers, both GMs and Players can benefit from automating some of the more common die rolls. Utilizing these Macros is what this thread is about. My hope is that I can save some people the same headaches I experienced when I got started. No guarantees though!
Rt-click and open image in new tab to biggify the pictures with tiny text.

First, I want to talk about the different ways you can configure macros.

The first place you will likely see macros is in this tab. 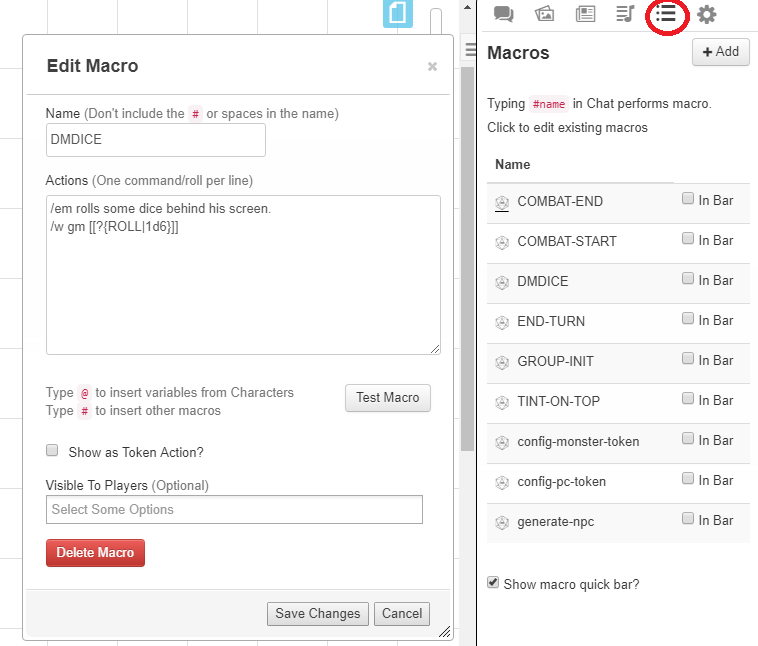 Here you can add and edit macros. If you are a GM you can make them accessible to your players. You can check "Show as Token Action?" to set them as token actions which will apply to every token on the board. You can check "In Bar" to show them in the Macro Bar at the bottom of the interface, although make sure you have checked "Show macro quick bar?"
Anything you would want to type into chat can be typed in here and executed via macro. It accepts multiple lines, so that you can execute several things at once. This example outputs an emote and then rolls a die that only the GM will see. By default that die is a d6, but that can be changed after executing the macro via a dialogue window.
The second place you are likely to see macros is on a character sheet. Depending on what sheet is being used these buttons can be styled in many different ways, but if you can click it and it outputs something to chat, it is a macro. 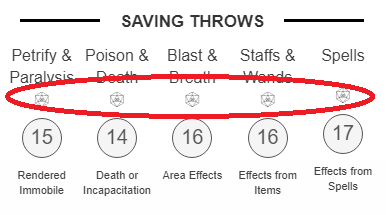 Not all sheets will have these implemented. For those that do, the work has already been done for you, and all you have to do is click the button for the desired effect. We can do more with these which I will touch on later.
The third place you can configure macros is also on the character sheet, but on the last tab labeled "Attributes & Abilities". Abilities are macros that you will configure and are tied to the character the sheet represents.

The macros you can write here are similar to the ones in the macro tab, but they are only accessible through the character. They can also be written in the context of the character, making it more straightforward to reference attributes or even other macros.

Now I will talk about how I like to configure these macros for ease of use.

I will start by saying that I hardly use the macro tab. Unless you are the GM, most of your macros are going to be in the context of your character. If you are the GM and are using a lot of macros, the macros tab is not a great way to organize them. As a GM I keep a handful of broadly useful macros in the macros tab, but I typically don't have shortcuts to them in the macro bar or token action bar. Most of the time you won't have a macro that you want on every token. If you do, it's a good canidate for putting on the macro tab.
I'm more interested in sharing how to use the Macro Bar and Token Actions. So let's start with the macro bar.

You did check the box to show it right? If you did, and you have no macros in the tab checked to show in the bar, it will be an empty box below the user names/portraits in the bottom left.

As a player I like to keep shortcuts to the rolls I most often use on my character sheet. If the sheet has macro buttons on it, bringing them to the macro bar is a simple matter. Just click the button and drag it down into the bounds of the macro bar. Something to keep in mind is that the character sheet can not be "popped out" in a seperate window for this to work.

Now that it is there it looks kind of junky. But that's ok, just right click the button. You can change the name, and you can apply a color to it. You can also click and drag the button around to re-order them by dragging the handle or shadow that appears when you are moused over the button. If you don't want it in the bar any more, just drag it out by the handle.

As a player that may be all you need to start quick rolling all your favorite things. Still useful, and of particular interest to GMs are token macros. These are the ones that are either globally applied from the macro tab, or more likely, come from the character sheet. It is important however, that your token be more than just a picture on the VTT. To utilize custom macros on your sheet the token has to be associated with the character sheet, and that is up to the GM to assign. 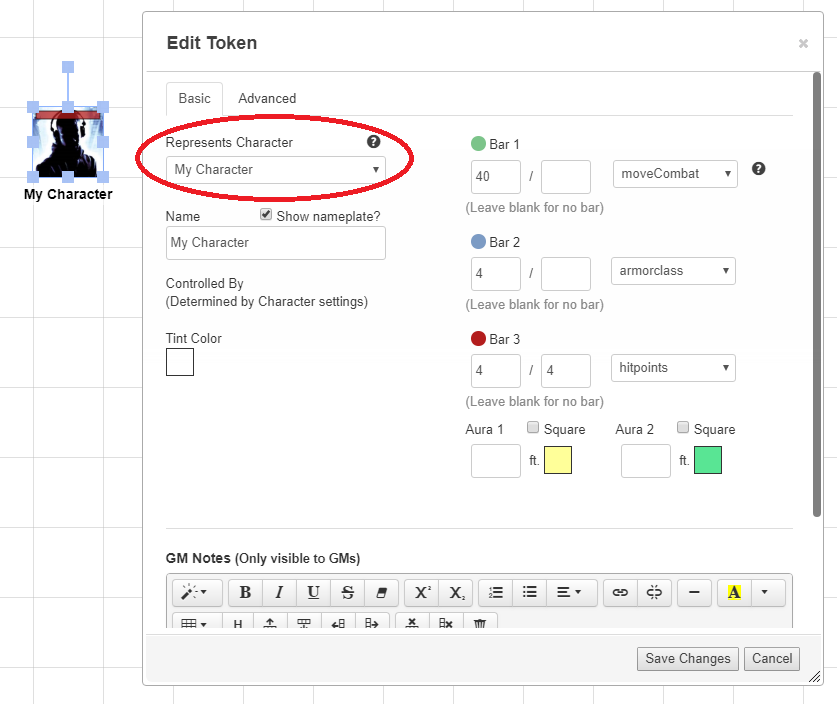 With that in mind, let's take a look at the Attributes & Abilities tab of the Character Sheet. The right side is for abilities, which are macros. When you add a macro, you have two options for accessing it. You can show it on the macro bar, which we have already touched on, or you can show it as a token action, which is what we're interested in here. By checking the box "Show as Token Action", the macro appears as a button in the top left when you have the token for that character selected. 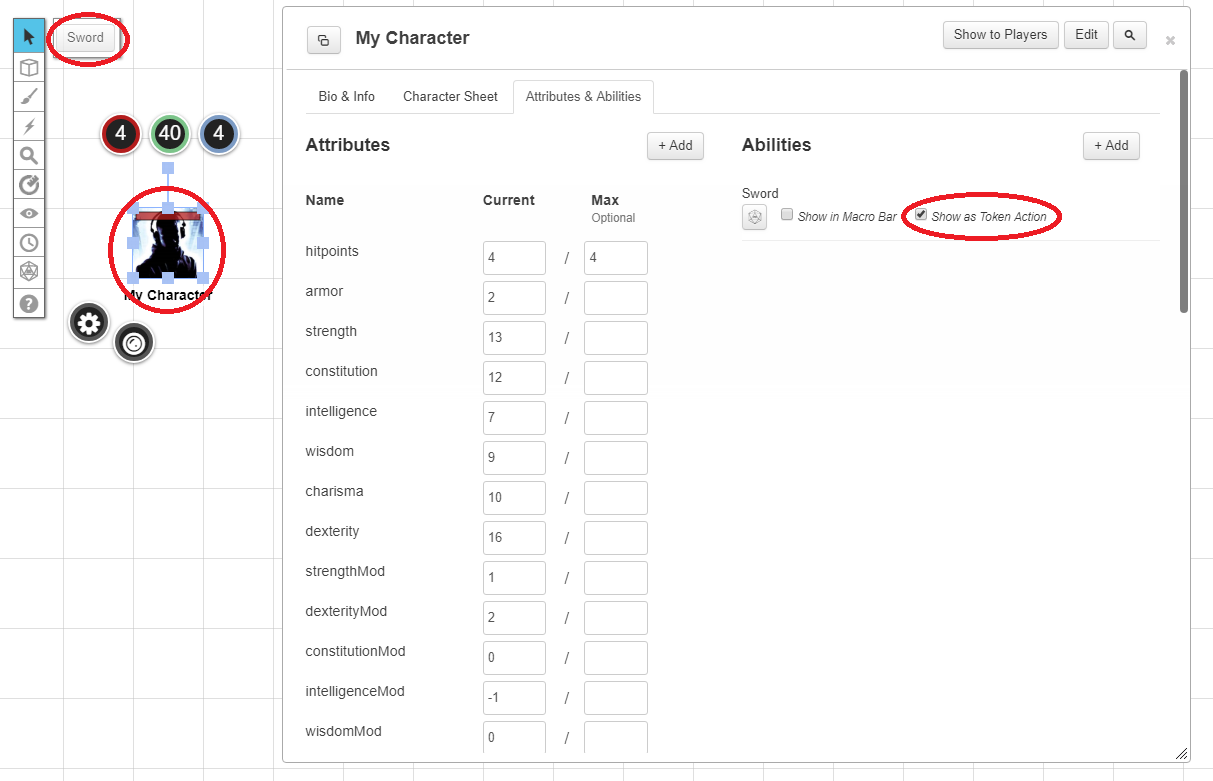 That's all well and good, but how do I write a macro?

Anything you're already doing during play can be macroed so that you don't have to type it out every time. Regular text output, roll templates, slash commands, inline rolls, api calls, all of it. The Roll20 Forums and the Roll20 Wiki are great sources of help and information regarding writing effective macros.
If you're using a sheet that has macro buttons implemented on it, a trick you can use if you want to copy a macro from the sheet or from the macro bar, is to execute it and then press the up arrow key in the chat. It will show the last thing executed, and this can be copied and edited and made into another macro. As an example, here is a roll template that is executed when you press the d20 macro button for a weapon on my ACKS character sheet: 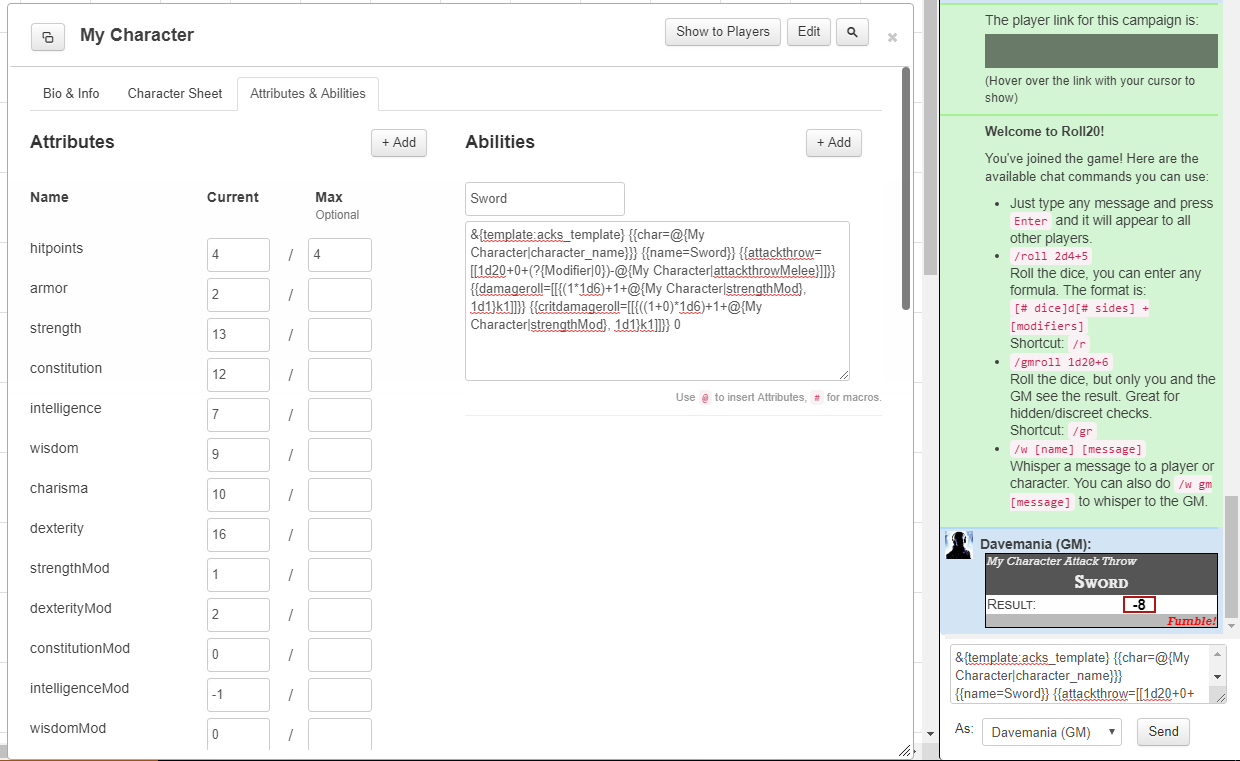 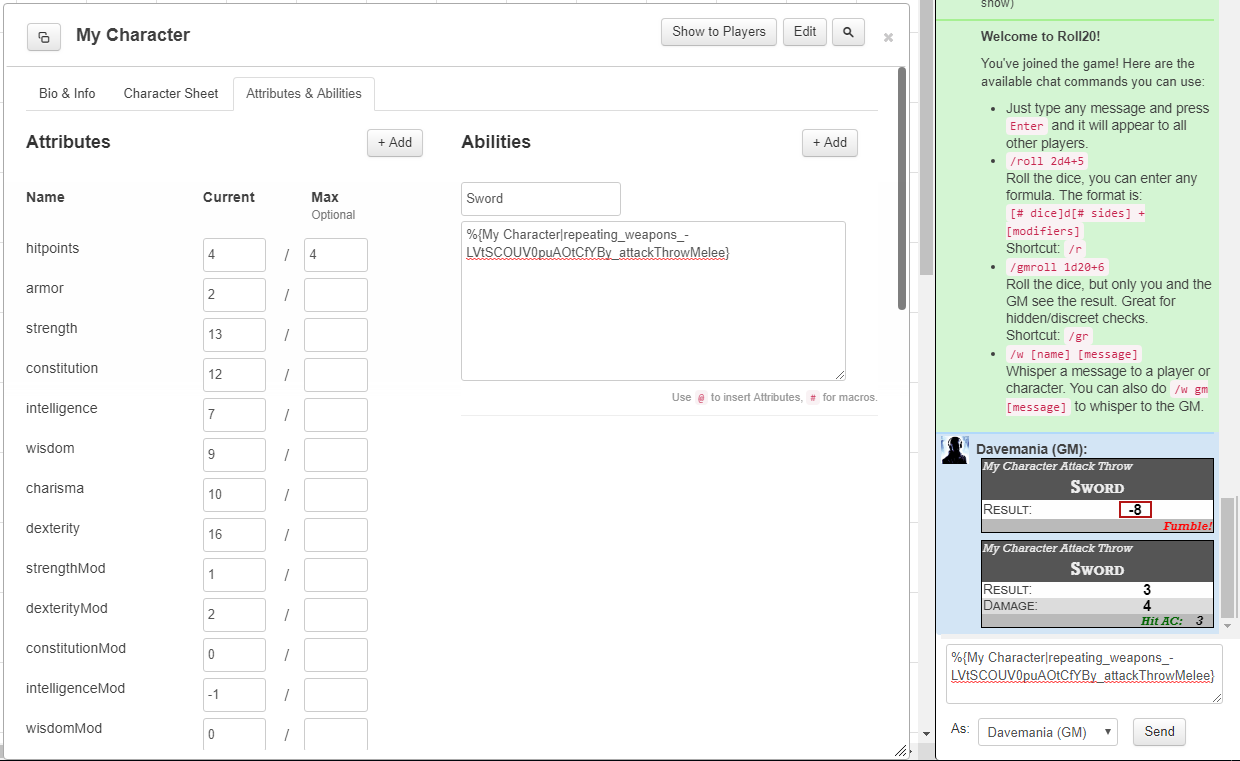 For those of you running games, I offer a few more pieces of advice.

Hopefully you end up using a lot of macros to make things flow more quickly with fewer awkward pauses. A lot of macros can be cumbersome to manage, and that is why I heartily recommend setting up token macros for your monsters. This way the top token macro bar will always have macros associated with the token you have selected. Having a sheet for every monster and making token macros for them may sound like a lot of effort, but keep in mind that when it comes to all the different ways you can attack someone with a weapon, it really boils down to what dice are being rolled for damage. I use the same handful of macros literally cut and pasted across everything. The only time I have to edit it at all is if the monster gets a bonus to damage for their strength. For natural attacks with different dice configurations, or special effects, I usually cut and paste the macro I wrote for the humble ghoul, and rename the attack and change or remove the special effect as needed. 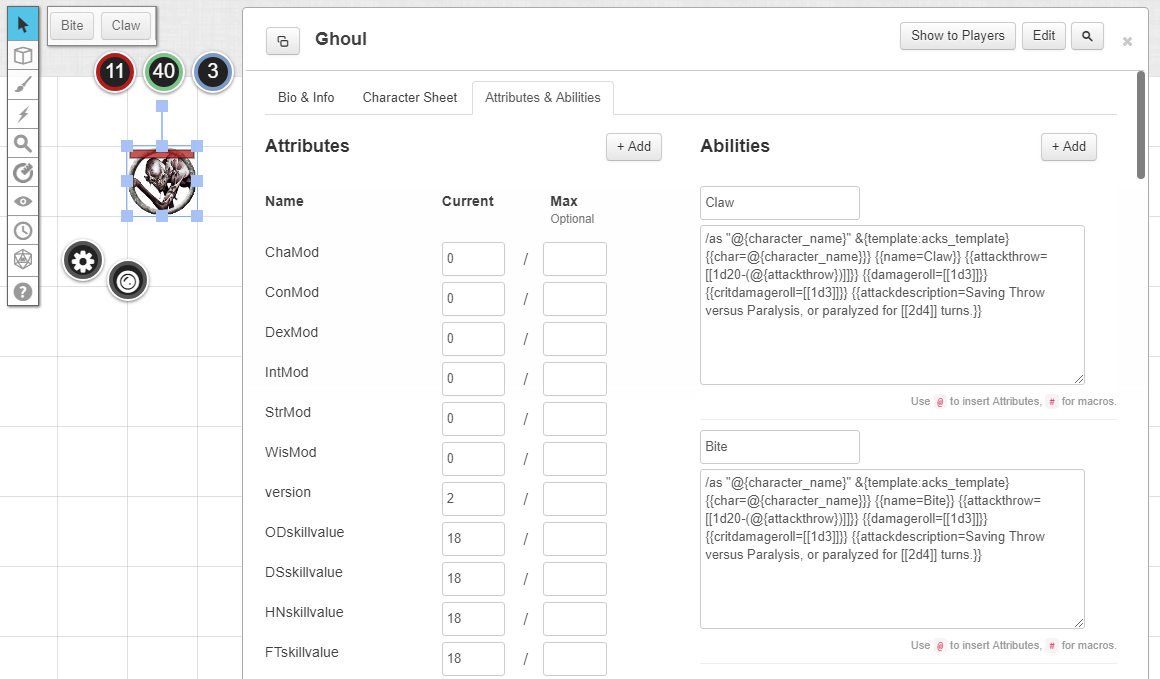 With so many other macros unrelated to specific sheets though, the macro tab can become a terrible place for keeping them all. That is why you need to make a character sheet just for your macros. And you need to organize your macros across several of these characters in a way that makes sense. And you need to be able to access the macros from a single macro via some kind of menu. So here is how you do that. 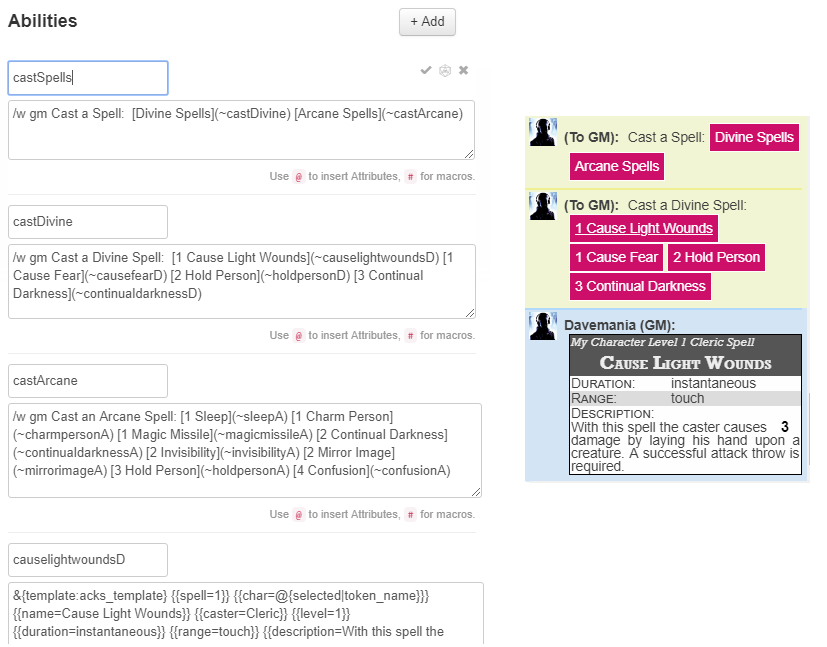 These macros utilize the API Command Button. Don't worry, it actually has nothing to do with the API, and free users can use this trick. This example shows how I have the selected token cast a spell. Only the first macro is in my macro bar. When I click that macro, it gives me two buttons to click from in the chat (only visible to the GM). One for Divine and one for Arcane Spells. Then the next one shows me a list of spells that I have macroed and ready to go. Click the appropriate one, and the spell is cast, originating from the selected token.

My ACKS sheet, if anyone is interested. (github link)

The macro tips presented here work regardless of what sheet you use, but many of my examples specifically use the roll template in my ACKS sheet for Roll20.

If you are interested in utilizing Roll20's API, I put together a thread about that as well.